In a new day of optimism in the international market, the dollar keeps falling.

In a new day of optimism in the international market, the dollar keeps falling. 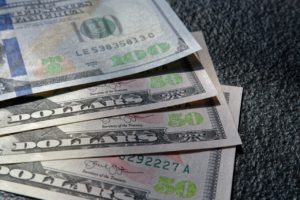 The reopening of economies around the globe, after the new coronavirus pandemic, has kept international investors excited on Wednesday (3).

The sentiment has also been driving the exchange rate and the stock market here, despite Brazil having renewed its record of deaths by Covid-19 on Tuesday (2).

In this trading session, the Central Bank will hold an auction to roll up to 12 thousand traditional swap contracts with maturity in September 2020 and February 2021.

The day was marked by risk appetite abroad, as the gradual reopening of the main economies and the slowdown in the contagion curve by Covid-19 in Europe and the USA raised hopes of recovery from the current crisis.

“The real was late in front of its peers. It still is. So I would not be surprised to see (the dollar) test the R $ 5”, said Bernardo Zerbini, one of those responsible for the macro management strategy of AZ Quest.

A recent Goldman Sachs study pointed to the real as the third currency with the most excess devaluation in the emerging universe among more than 20 rivals, ahead only of the Turkish lira and the South African rand.

As a whole, emerging currencies are down 5.13% this year, according to the latest data available until Monday. In the same period, the real fell 25.47% against the dollar, the worst performance in the world.

The dollar index against a basket of strong currencies fell to the lowest level since mid-March. Global stock markets have also jumped since March, and oil prices closed on yet another high, indicating confidence in the resumption of demand as economies open up again.

Dan Kawa, a partner at TAG Investimentos, said that emerging currencies, a group of which the real is a part, look like the latest asset class to recover, after some resumption in the stock and credit markets.

He cites risks to this improvement, especially coming from US-China relations and escalating protests in the USA, but points out that this is not his basic scenario. “I believe that the market will need a substantial change in the scenario to reverse this recovery trend. Liquidity is very colossal. At current levels, I am more cautious about the worsening of the risk / return,” he said.

In the world’s largest economy, investors seemed to momentarily set aside violent protests in response to the murder of a black man by a white policeman, which has been plaguing several American cities.

“Even with (all social unrest in the US), investors focus attention on cycles of reopening and resuming economic activity in several locations and the possible short-term effects, especially in the summer of the northern hemisphere,” wrote analysts at Infinity Asset .

AZ Quest’s Zerbini sees chances of the dollar falling further and eventually losing support of R $ 5 in the short term, but ponders that in the medium term the bias for the Brazilian currency is still negative. “Eighty percent of the recent movement (appreciation of the real) is external. But Brazil is a country that has difficulty in attracting investments and will have to prove itself ahead and recover growth after the brutal drop in activity this year,” he said .

“Brazil has been performing quite recently for reasons of valuation (price), not because of the perception that things will move and that the country will grow”, he concluded.

The Central Bank (BC) on Tuesday sold all 12,000 traditional foreign exchange swap contracts offered to roll over July 2020.

Still, political unrest should remain on the radar of markets in the short term, in the US and Brazil, ponders Infinity. “Behold, politics again has power over the market and, both here and in the United States, it should be the focus in the coming weeks, due to the local political imbroglio and the series of protests that could weaken (US President Donald) Trump. ”

In Brazil, Minister Celso de Mello, of the Federal Supreme Court (STF), filed on Monday night (1) the request made by political parties for the cell phone of President Jair Bolsonaro to be seized in the scope of the investigation he investigates if he tried to interfere politically in the Federal Police, and made a warning to the president that breaching court orders implies a crime of responsibility.

Recent tensions between the executive and the judiciary have been pointed out by analysts as a boost to the dollar. Political uncertainties, coupled with an environment of low interest rates and weak growth, hamper the prospects for foreign investment in Brazil.